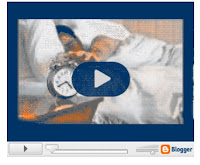 We knew that the returning day would be tiring because we would have to get up very early; but surprisingly, getting up before 5am was not as difficult as we thought, maybe because of the nerves of travelling by plane or seeing our family. During the night and Saturday’s morning I was a bit worried because on Friday’s afternoon my body hurt and all the teachers and I were paying attention if this pain would get better or worse. But I could sleep well, so it was not a difficulty at all.
I woke up at 4:20am and then I took a shower that made me feel relaxed. After that, I had breakfast and so, the last meal I would enjoy in Sweden. As I did during the whole week, I ate milk with cereal. Then I put some more things into the luggage and Povel gave me some presents. It was such a beautiful moment!


At a quarter past five I had to say goodbye to Povel and his mother. I told them I had been very grateful during the stay. Povel’s mother, Ingela, was also happy about my stay in their house and wished me good recovery. After the farewell Povel’s father drove me to Lund’s Central Station where all my friends and teachers were also saying goodbye to their corresponding partner.

Then we took a train to Copenhagen’s Airport where we took our flight to Barcelona. One anecdote that happened us during the train trip was that we found a man from Venezuela, and we spent a short time talking about Sweden and what we had been doing there. Obviously, we spoke in Spanish to the man…
Before boarding, some of us went to a souvenir shop where we bought some presents to our family and we finally get into the plane, which landed at ten o’clock. We arrived in Barcelona at quarter to twelve. In the airport we took our luggage, but we had to wait a bit because Laura and Angie’s suitcase had suffered some impacts that got their luggage damaged, so we complained about that.
Later and finally, we saw our parents. They were so happy to see each other. But we were sure that we couldn’t spend much time with them, because the next Monday we were going to Madrid…!